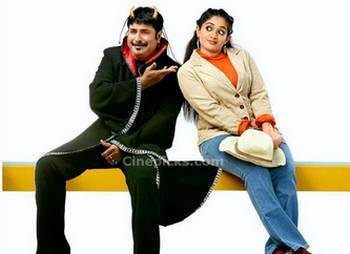 Johny Antony is an above average commercial director Malayalam has produced. He has given us major comedy hits like CID Moosa, Thuruppugulan and hits with dileep like Kochi Raajavu, also not to forget the flop Inspector Garud.

With his new film Pattanathil Bootham he is giving more expectation than ever before. Megastar Mammootty act as a ghost which helps children and fight against social injustice. Mammootty's last film Love in Singapore was a flop. Fans are hoping he will do a comeback with this Johny Antony film.

Mammootty plays the role of Jimmy, an adventurous bike rider in circus who gets supernatural powers. Mammootty will attempt some daredevil bike racing acts in this film.

The actress was recently seen as heroine to superstar Mohanlal in the hit film 'Madambi'.

Pattanathil Bhootham is a fantasy-filled roller coaster adventure, aiming at kids who love Superman and Spiderman.

Its shooting was postponed to December because it needed a lot of set works and pre-production activities.

The film has plenty of graphics and special effects which hallmark Johny Antony's style.

Pattanathil bhootham is written by the most sought after and highest paid writers in Malayalam film industry Sibi K. Thomas and Udayakrishnan. The film is produced by Benjamin under the banner of High Bright Movie Makers. Cinematography is done by Sanjeev Shankar and art by Saloo K. George.

This film is expected to bring kids and family back to theatres. Johny Antony knows how to make the movie enjoyable for all. Pattanathil bhootham will no doubt will entertain the masses and will be remembered long.