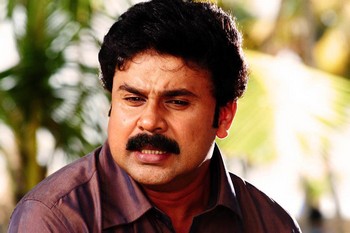 
I had prejudice about the film âPassengerâ, even though I believed that it would have some thing different to offer. The film started slowly. It looked bad. The first part of film dragged through the needle in my watch. But 20 minutes before interval things started changing. The story gained momentum.

Here comes some serious competition for seasoned thriller film directors. Passenger is a film which set standard for thriller genre in Malayalam. This film will be considered bench mark for the debutant directors for the coming years. There are no fancy shots. There is no song or a fight. There is a story which touches the mind of common man and the chapters in the story are so racy and are tied together so hard that viewerâs eyes get glued to the screen. If a second the viewer stop by and think why their heart is pounding so fast the answer is the brilliance of director Ranjith Shanker. He has done magic with minimum facilities. This first time director had brought freshness into storytelling that Malayalam screen lacked.

Many films are considered better and made hit by viewers, because there is no tough competitor, there is no real leader. When the viewerâs eyes and mind were mud with seasoned filmmakerâs clichÃ©d filmmaking style came the movie Passenger. Passengers being without any stylishness got directly into the mind of viewers and made them want the hero to win.

Sreenivasan is the hero in this Dileep starrer. People are going to love Dileep and Sreenivasan for being the charactersâ in this film. Nedumudi Venu had done justice to his role. The director was successful in extracting the best from Jagathy Sreekumar by seizing the overacting done by the actor for some years. Mamtha Mohandas looks nice and have acted well.

The most important thing in the film is its natural look which makes audience believes that, this is happening in their life. We feel like reading a racy Dan Brown novel.

The cinematography, the editing and other technicalities are ok. Nothing special to write about them other than it all added to the impact of the viewing experience.

After the pathetic Moz and Cat here comes a hit for Dileep.

This 1 hour 50 minute film is going to sweep you off your feet. The gung ho audience is all praise for director and the team which made this movie happen.

If the hero kicks 10 people in a blow, it fails to elevate the audienceâ emotion these days, as the film goers have seen those a 1000 times before and they are watching all sought of international movies. To make the audience clap when the hero punches need higher level of cinematic experience these days which cannot be done by every director. So filmmakers have come to another solution by making the story down to earth and less and less cinematical which incidentally is also a lot less cheaper for producerâs pocket. Ram Gopal Varma is a pioneer in this.

After â2 Hariharnagarâ came the better âBhagyadevathaâ but now comes the unexpected winner of all. The rise of director Ranjith Shankar starts here.

Passenger is a must watch that no one should miss. It once again states that great films start with great stories. Ranjith Shankar has proved himself with his first film.