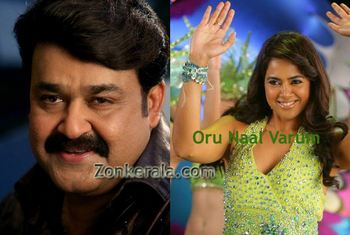 Oru Naal Varum is the tale of an ordinary man who attempts to construct his dream house, but is tore down by corruption in the society. Written by competent actor-director Sreenivasan, the film is directed by T.K Rajeev Kumar. Sreenivasan-Mohanlal is back together on screen after Ividum Swargamanu.

Bollywood actress Sameera Reddy who was lately seen in Kollywood flick Vaaranam Aayiram is the heroine.

She earlier signed Malayalam film Casanova which was shelved again after reviving for the second time. Sameera was to play the role of a seductress in Casanova. The other heroines in the film were Lakshmi Rai and Roma.

In Oru Naal Varum, Miss Reddy will play the wife of Mohanlal, Her latest release Asal opposite Ajith is going well. Lal's costume in the film is Mundu and half sleeve shirt to play the common man character.

At present Mohanlal is busy shooting for Joshy's Christian Brothers in Kochi.

Sreenivasan is a genius who won't repeat himself. Let's hope this film won't be a new version of the classic movie Varavelppu and the entertaining Midhunam, both from the only genius in Malayalam film.

The production of Oru Naal Varum will start this month in Thiruvananthapuram.