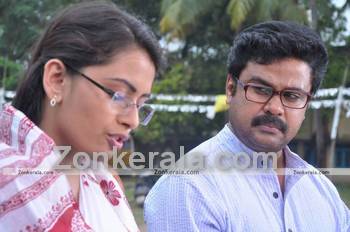 Dileep acts as Ajayan, a subordinate to Jagathy Sreekumar, who is a lawyer named Warrier Vakkeel. Priyanka plays the role of DileepÃ¢â¬â ¢s wife Safia in the film. Both Dileep and Priyanka have promising roles in this movie. Dileep's character has a small family consisting of his wife and son, Deepu and they go through unexpected problems in life.

Ajayan who had an inter caste marriage lives a happy life at Kochi, when a tragedy strikes them. How the family overcomes the tragedy is the rest of the movie.