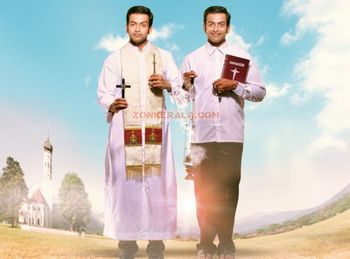 Louis Araman is scripted by Babu Janardhanan and is produced by Biju John and Santhosh Mathai under the banner Cinema Movies. Music is composed by Mejo Joseph. Cinematography by Madhu Neelakantan.

The story of Louis Araman revolves around the character named Louis who is forced to join the Seminary because of his parent's wishes. He was born to them after a lot of prayers; so they decides to make him a missionary. But Louis has some other plans for his future.

The story progresses with a touch of humour and comedy. Prithviraj will have a different look of a seminary student in this film.