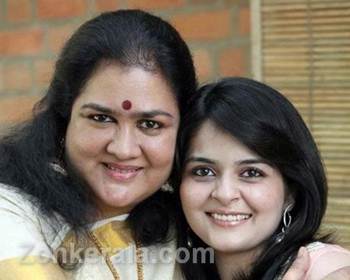 Directed by the debutant director Dileep, the upcoming Malayalam movie Kadhayile Nayika has Urvashi and Roma in the leading roles. The film is produced under the banner Winter Green Productions.

Urvashi plays the role of Nandhini, a Government employee from a poor family. She tries to keep both ends meet. She was born into a well to do family, but her fatherÃ¢â¬â ¢s inclination towards drama, made her life miserable.

Nandhini has a brother named Sivan, who is a channel anchor. But his aim is to become an actor like his father. This makes Nandhini angry with her brother. A gap develops between the sister and the brother. Archana comes into the lives of Nandhini and Siva and all the calculations Nandhini made were shattered. Archana is the beautiful daughter of the contractor Menon.

Sinoj Nedungolam handles the script and the dialogues, while Sadath handles camera. Tej Mervin composes music for the lyrics of Shibu Chakravarthy.