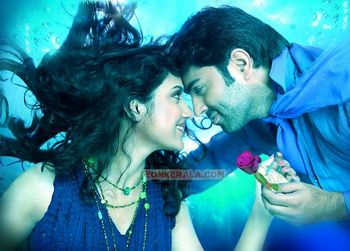 
Ettekaal Second is the first Malayalam venture of Fifth Element Film, a film marketing and budget advisory based in Los Angeles and Mumbai. Ettekaal Second is directed by Kanakaraghavan. The film has Padmasurya and Gimi as hero and heroine.

Janardanan, Suraj Venjaramood, Vijayaraghavan, Urmila Unni, Madhu, Devan and Kollam Thulasi are the other people on the cast. K. Santhosh and Colin Francis composes music for the lyrics of Rafeeq Ahammed.

Choreography is by Manoj Fidac, while underwater photography for a song in this film is done by Sinu Sidharth. The specialty of this movie is the underwater song. The whole song which lasts for more than 5 minutes is shot with great difficulty. This is the longest underwater sequence shot for an Indian Cinema. Vinod Vijay of Cloud Nine Entertainment, Mumbai directed the underwater song.