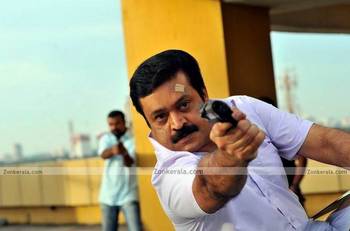 Avinash Varma is being called from New Delhi to Kochi, according to an order from the Chief Minister. He takes charge as the Kochi District Collector. Avinash's main assignment is to save the city from the Simhala Group who is trying to destroy the city.

Produced by Abdul Azeez and V.V. Sajan under the banner A Cube Productions, Collector's story is by Rajesh Jayaraman. There are three heroines in the film. Mohini, Lakshmi Sharma and Yamini Varma are the female leads.

Songs are written by late Gireesh Puthenchery and Sudhamsu, while Raghu Kumar is the music director. Manoj Paramahamsa and Gunasekharan are the cinematographers.

Production works for Collector have been completed.