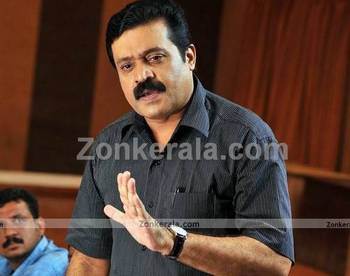 If Chappa Kurishu was a breath of icy cold fresh air, Collector was a dusty hot wind. This film comes from the old school of Shaji Kailas, Joshie, and I.V Shashi. Anil C. Menon's fourth flick after Matsaram, Ben Johnson and Rashtram was a rerun of old films written by Renji Panicker.

The film couldn't make the impact which were made by the former, simply because the film, story, dialogue, acting, editing, bgm and all were outdated. This kind of loud mouth film would have been a super hit if it were released 10 years ago, but Collector had a chance if it was multistar having Mohanlal. Christian Brothers is an example.

Yesteryear beauty Mohini comes as mayor. Yamini Sharma as ACP is another forgettable character. The characters are all superficial. The family track which reminds audience of Thandavam is so silly and cannot be taken for face value. Nedumudi Venu, Babu Raj, Abu Salim all enacted their one dimensional characters.

Suresh Gopi as Avinash Varma is the nth portrayal of same character. Movie tells the story of district Collector Avinash Varma who gets transferred to Cochin to deal with the venomous land mafia. From the day he takes charge the battle between the collector and antagonist starts and it goes on and on and on and on, with hero banging into the villains, crashing their vehicles, their buildings etc. The gun shots are never ending and the soundtrack sawing away at thrilling music. Just because script has such endless sequences it doesn't make it necessary in a film.

Scenes are to be made to drive a story forward and not simply to manifest shapeless, haphazard violence. Here the villains are like WWF wrestlers who are down but usually not out.

The film has nothing new except a good suggestion for media to not to give news on harthals and thus not become the tongue of petty politics which destroy our state.

The 4 film old director Anil C. Menon who hasn't came out of the 'The King' hangover is repeating those old films. The film's background music is too loud for the current sophisticated young audience. Anil C. Menon is an able director and he should do something different. It is pathetic that he doesn't realize those ramping shots, white flashes don't sell tickets.

The film is advisable for those who enjoy regular action flicks from Suresh Gopi; this film won't disappoint them a bit.