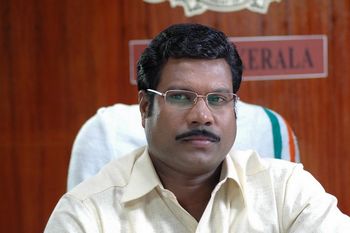 Comedian-turned-hero Kalabhavan Mani seems to be signing the maximum number of movies in Malayalam industry in 2009. He has got more than 10 flicks at various stages of production. From comedy to family, police to criminal he does all the roles.

Kalabhavan Maniâs latest releases as hero were Pramukhan and Malayalee, both of which didnât do well at counter. His other venture Char Sou Beez has completed its first schedule of shooting.

The movie is produced by Nanda Kumar under the banner of Nandana Films, which was a popular banner in Malayalam and has produced films like Thaniyaavarthanam, Mudra, Sooryamanasam and Yaadavam.

Caribbean has Swetha Menon as the heroine. Suman and Biju Menon have important roles in this film. Suresh Pathiseri has jotted down the scenes in which many famous actors does important parts.

Nambiathiri who once was a hit cameraman with director Rajasenan is the cinematographer.