Black Dahlia an investigating thriller scripted by Baburaj
12 Mar 09, 10:45am 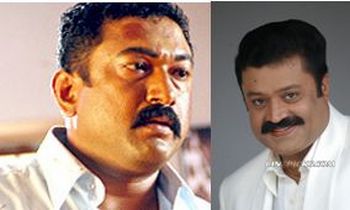 Another movie with tons of girls is hitting the theatres soon. This mass hysteria of adding girls as characters was started with Shaji kailasâ Chinthamani Kolakkase. Shaji himself proved this wont work unless backed with a tight script with Red Chillies. Black Dalia is directed by the stereotyped villain Baburaj who has got more than a decade of experience in Malayalam film industry.

Black Dalia is an investigative thriller, which is scripted by Baburaj himself; the film revolves around a gang of ten NRI girls studying in Sacred Heart Medical College.

Baburaj plays a key role in the film, his wife and actress Vani Viswanath also does a major role as DIG Daisy Wilfred.

Cinematography by P. Sukumar shots are chopped by Don Max.

Suresh Gopi's Heylassa which is his first release of the year 2009 has already given way for other films.

The entire shooting of Black Dalia has been completed in Ernakulam.

M.K. Muhammad produces the film under the banner of M.K. Productions. Black Dalia is expected to hit the theatres in April.