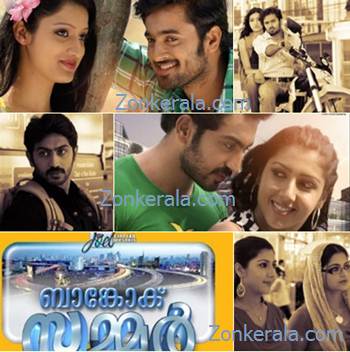 Bangkok Summer is an upcoming Malayalam film directed by Pramod Pappan. Produced by Joby George Thadathil under the banner Joyel Cine Labs, Bangkok Summer tells the story of youth and their dreams.

The film is shot entirely in Bangkok. Camera is cranked by Pramod. Story, Script and Dialogues are by Rajesh Jayaraman. Ouseppachan scores music for the lyrics of Shibu Chakravarthy.

Bangkok Summer is the story of Srihari who goes to Bangok in search of his brother Madhavan. The difficulty he encounters on this journey and how he tackles them forms the story.

The film has completed its picturization and post production work in going on. Bangkok Summer will reach theatres soon.