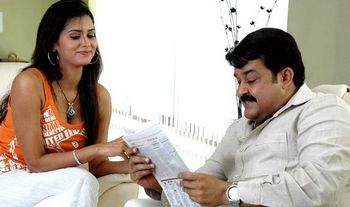 Alexander the Great is the upcoming Malayalam film with superstar Mohanlal in the lead. This action adventure has started shooting from May 20 in Thiruvananthapuram.

The film is directed by Murali Nagavalli who made his debut as an independent director with Mohanlal starrer Wanted in 2004. Murali is famous in film industry as the associate of Priyadarshan. Muraliâs Wanted was a good thriller but havenât got much attention because it didnât had third grade masala content the audience needed. The script for Wanted was written by Priyadarshan. Wanted was remade into Bollywood film which didnât saw much success again.

Mohanlal has given 45 days call sheet for the film which will be over by June end.
The character in the film played by the actor has no historical relevance like the legendary warrior king Alexander. Lalâs Alexander Varma, a man with diverse qualities is highly intelligent and conquers the business world with his brawn. Viewers can expect a comical racy entertainer.

Like Vasco Da Gama, in Chotta Mumbai, Alexander is also Kerala born, who rose to fame for his abnormal character.

Alexander Varma is born to a Malayali father and an Anglo Indian mother. He has terrific IQ, and wins many battles but the war is with fate. The movie evolves around the strong relationship between Alexander and his brother.

Mohanlal will not have a heroine in this film, Fazilâs discovery Aswathy Asokh will play an important role in this intelligent thriller.

The movie is planned to be shot at locations including Mumbai and Dubai.

The film is produced under the banner Anugraha Cine arts by V.B.K Menon who has produced many super hits in Malayalam