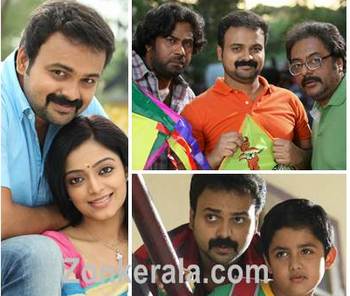 The upcoming Malayalam movie 3 Dots will see Kunchacko Boban and Biju Menon together again after the film 'Ordinary'. Prathap Pothen, who had a good comeback to films through '22 Female Kottayam' and 'Ayalum Njanum Thammil', is also doing an important role.

South actress Janani Iyer will make her debut in Malayalam films through 3 dots. The film 3 Dots is the story of three criminals who meet in jail and form a group. The sequence of events that happen in their life after they become friends form the story of the film.

Sugeeth, the director of 'Ordinary', directs Biju Menon and Kunchacko Boban again in this film. The film is produced by Satheesh and Sugeesh under the banner of Ordinary Films. Story is written by Rajesh Raghavan.

Faisal Ali is the man behind the camera. V. Sajan handles editing. Vidhyasagar tunes music for the lyrics of Rajeev Nair and V. R. Santhosh.